All Over The Place

Coming back to the USA after being away for so long in Canadia, all I wanted to do was flop down on the couch with an icy cold can of Narragansett and watch some "Leave It To Beaver" reruns. But it was not to be. Because no matter which channel I chose, all I could find was ski racing. And the only people I saw ski racing on my television set were current and former UAA Seawolves, racing their little hearts out.

First thing I saw when I flipped on the TV was JC (or, as he's affectionately known in Europe, "James Clinton"). JC's been hogging all the airtime lately with his sprinting prowess, and nobody else seems to be able to get any attention.

I see enough of JC around here, so I didn't feel like I needed to see him all over the TV, too, so I flipped the channel, and who before my wondering eyes did appear, but Tuva Bygrave! Last I knew, she and I and the rest of us were doing intervals on the Hillside trails.  But then I went to The Yukon with the alpiners, and next thing I know, Tuva's racing in a World Cup in Switzerland. 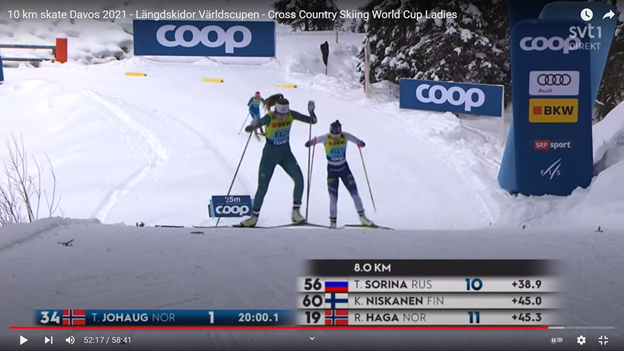 I found it intriguing that half our team seems to be racing on the World Cup circuit these days, so I surfed around and saw that former Seawolf Casey Wright was also racing the Davos World Cup! 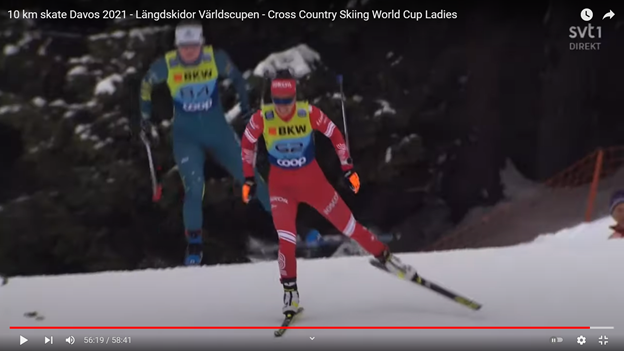 Not to be outdone by the Aussies, former Seawolf Hailey Swirbul earned herself a spot in the leader's throne today. And she had enough time to get good and comfortable there for a while! 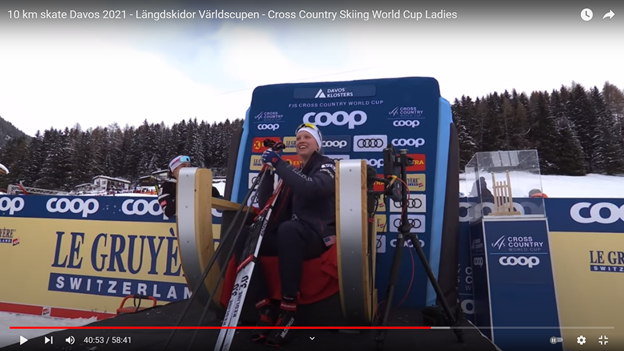 All of this leads to the question: Is our old friend, former Seawolf Lukas Ebner, waxing the Aussies' skis again this year? 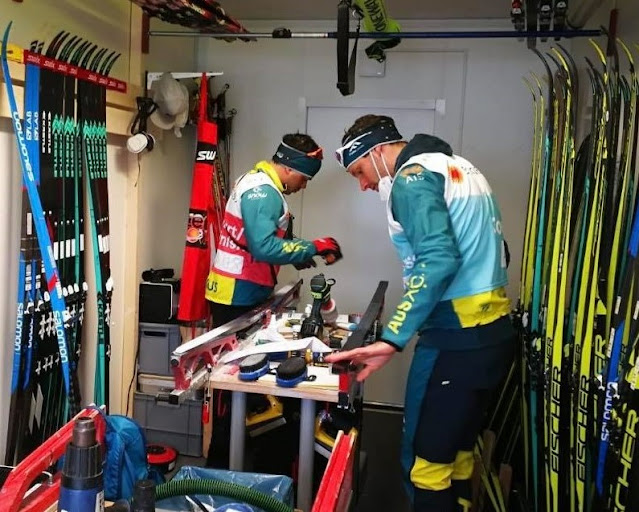 Meanwhile, back here on the home front in Anchorage, we're continuing on with our humdrum lives, doing our thing.